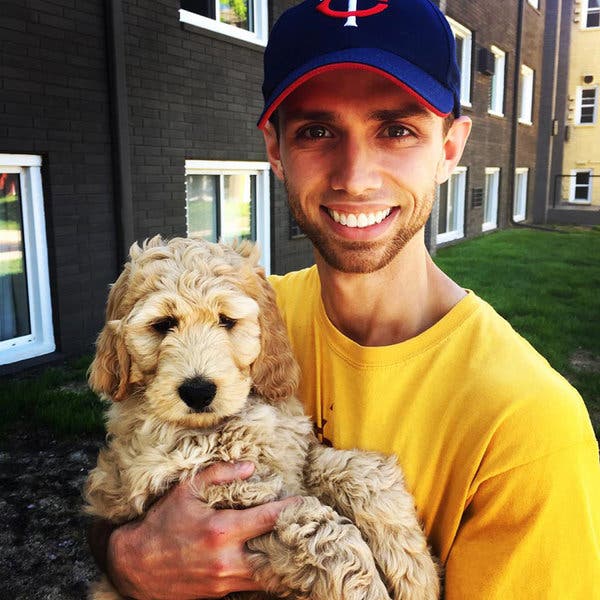 Connor McCarthy, who works at Nina Hale in Minnesota, sought permission from his boss to work from home when he got a new dog, a goldendoodle named Bentley.CreditCourtesy of Connor McCarthy

A Minneapolis marketing company recently made tweaks to its employee benefits this summer, ranging from conventional to unusual. It gave workers a larger commuter stipend, as well as a reason to avoid the office altogether: “fur-ternity leave,” or the ability to work from home for a week to welcome new dogs or cats.

“This is kind of a no-brainer,” said Allison McMenimen, a vice president at the company, Nina Hale, who helped devise the new policy. “The idea of offering benefits that just help keep employees at the office, that’s over.”

In recent decades, many companies in the United States have overhauled their perks in an effort to retain employees and entice new recruits. Tech giants like Facebook and Google have gone further, providing gourmet meals in cafeterias, gyms at work and day cares on site. 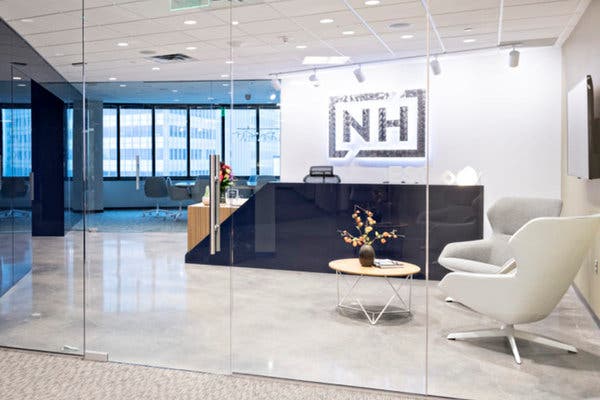 Nina Hale, a marketing company in Minnesota, introduced “fur-ternity leave” to its benefits for its 85 employees, allowing new pet owners to work from home for a week while their dog or cat adapts to a new home.CreditNina Hale

But as far as pets are concerned, few companies appear to have gone far beyond Take Your Dog to Work Day. An Italian company allowed a woman last year to take paid time off when her dog became sick. And employees at mParticle, a data company in New York, are offered “paw-ternity leave”— two weeks of paid time off for those who adopt a rescue dog or get an exotic pet, such as an iguana. (It was not immediately clear whether “fur-ternity” or “paw-ternity” was the industry standard term.)

Connor McCarthy, a senior account manager at Nina Hale, was the latest employee there to seek permission to work from home with a new pet.

In May, Mr. McCarthy was finalizing the adoption of a goldendoodle puppy named Bentley. Mr. McCarthy, 26, said he had read a lot about the pitfalls of helping a dog adjust to a new environment.

“It can be a stressful situation going from its original home to a new home,” Mr. McCarthy said.

Worried about Bentley, then just 2 months old, being home alone, Mr. McCarthy sent a request to his boss and Ms. McMenimen: Could he work from home the first week to help Bentley get used to his new surroundings, including a kennel, and learn to go to the bathroom outside?

He received a response almost immediately. Absolutely, they said.

That first week, Mr. McCarthy worked from his apartment in Richfield, a Minneapolis suburb, with Bentley by his side. Bentley also spent some hours of the day in a kennel, getting used to a closed environment. About every hour, he took a trip outside to go to the bathroom.

Even with his owner watching closely, Bentley had a few accidents in the house. But Mr. McCarthy noted that Bentley — a mix between a golden retriever and a poodle, which are thought to be two of the smartest breeds — was a quick learner.

“It was really, really nice to be there while I’m working to transition him,” said Mr. McCarthy, who was working from home on Monday, with Bentley at his feet.

In a workplace of 85 employees, a handful of people at Nina Hale in recent years had requested the ability to work from home after getting a new cat or dog, Ms. McMenimen said. She said the company began considering making it a formal benefit in May, after the request from Mr. McCarthy. The policy was officially unveiled in July.

“For a lot of people, their pets are their children,” said Ms. McMenimen, who is also considering getting a pet. “Our employees are at all different stages of their lives.”

Nearly three months after Mr. McCarthy got his dog, Bentley is potty-trained and socializes well with others at the dog park in his apartment complex. “That first week is crucial,” he said.