Cute Kittens Take The Stage At Charlotte Airport, Asking ‘Will You Adopt Me?’ 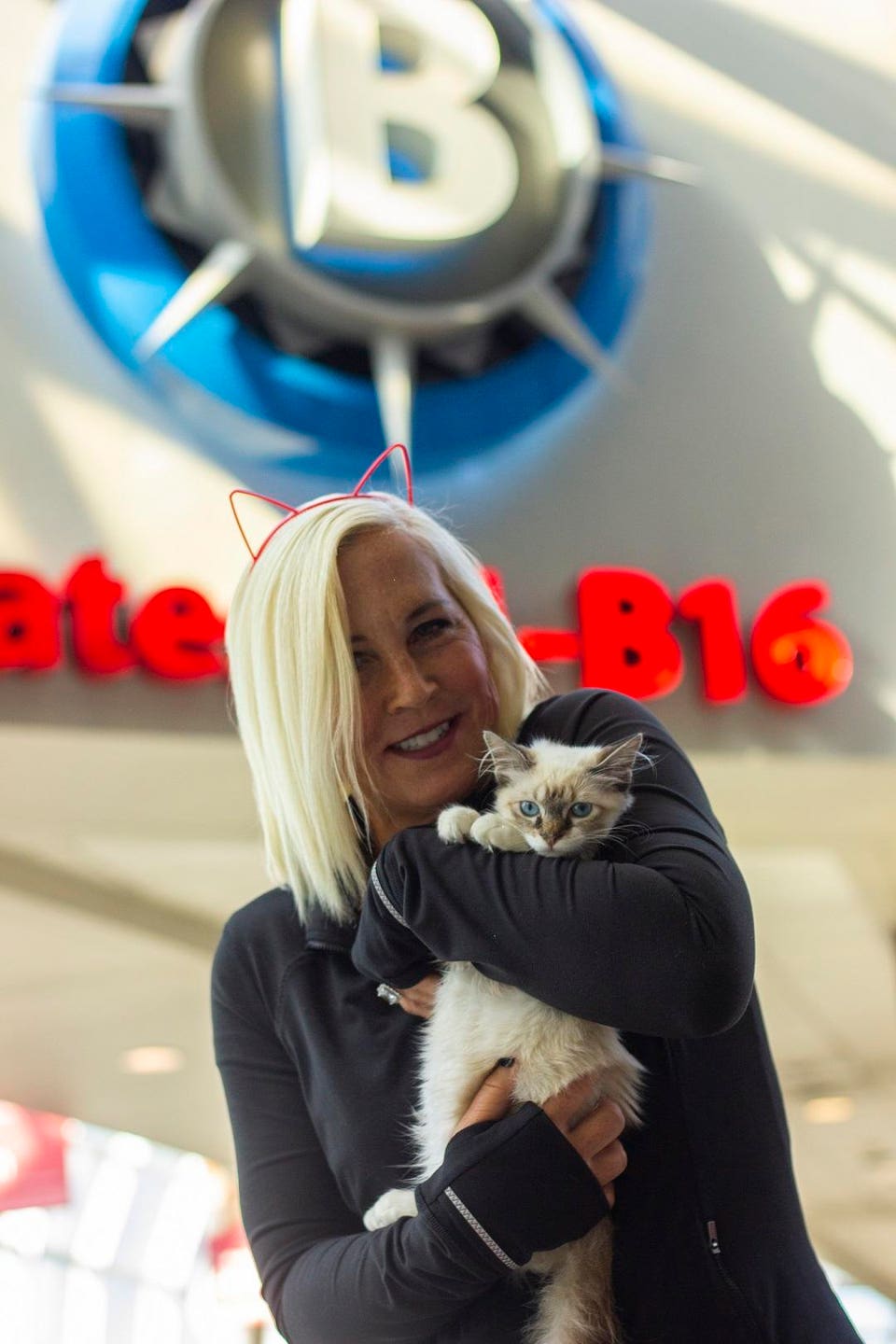 Why is everything at the airport always all about dogs?

It is tough to walk through any major airport without seeing dogs. The Transportation Security Administration maintains a force of about 1,000 explosive detection dogs at 82 airports. Some passengers are legitimately accompanied by dogs they pay to transport. Also, of the several hundred thousand pets annually deemed to be “support animals,” most are dogs.

But what about cats? When do airline passengers ever see cats? Wednesday was International Cat Day – who even knew?

Who, that is, besides Charlotte Douglas International Airport, which on Wednesday staged its first “kitten cuddle,” joining with the Animal Care & Control Division of the Charlotte-Mecklenburg Police Department. Ten kittens were gathered in a staging area in the airport atrium, attracting a steady stream of a few dozens of passengers for several hours.

One passenger, Karin Tillett of Reno, cuddled a cat as she passed through the airport. Tillet was flying home from Jamaica, where she celebrated her retirement after 32 years as a high school counselor. “We were in love with the Jamaica island kitties,” she recalled.

Another passenger, Sharon Matulis of Canton, Ma., embraced a young kitten, noting “I can tell she’s kind of stressed.”  Mattis identified the kitten as a “tortie,” a nickname for a type of cat known as “tortoiseshell cats” due to their coloring.

“I love cats,” said Matulis, an occupational therapist flying from Boston to New Bern via Charlotte, who said she has owned or taken care of about 100 cats during her lifetime. She currently cares for four foster cats.

Guide to Train Travel With Pets – and Getting Rewarded for It!

No Replies to "Cute Kittens Take The Stage At Charlotte Airport, Asking 'Will You Adopt Me?'"